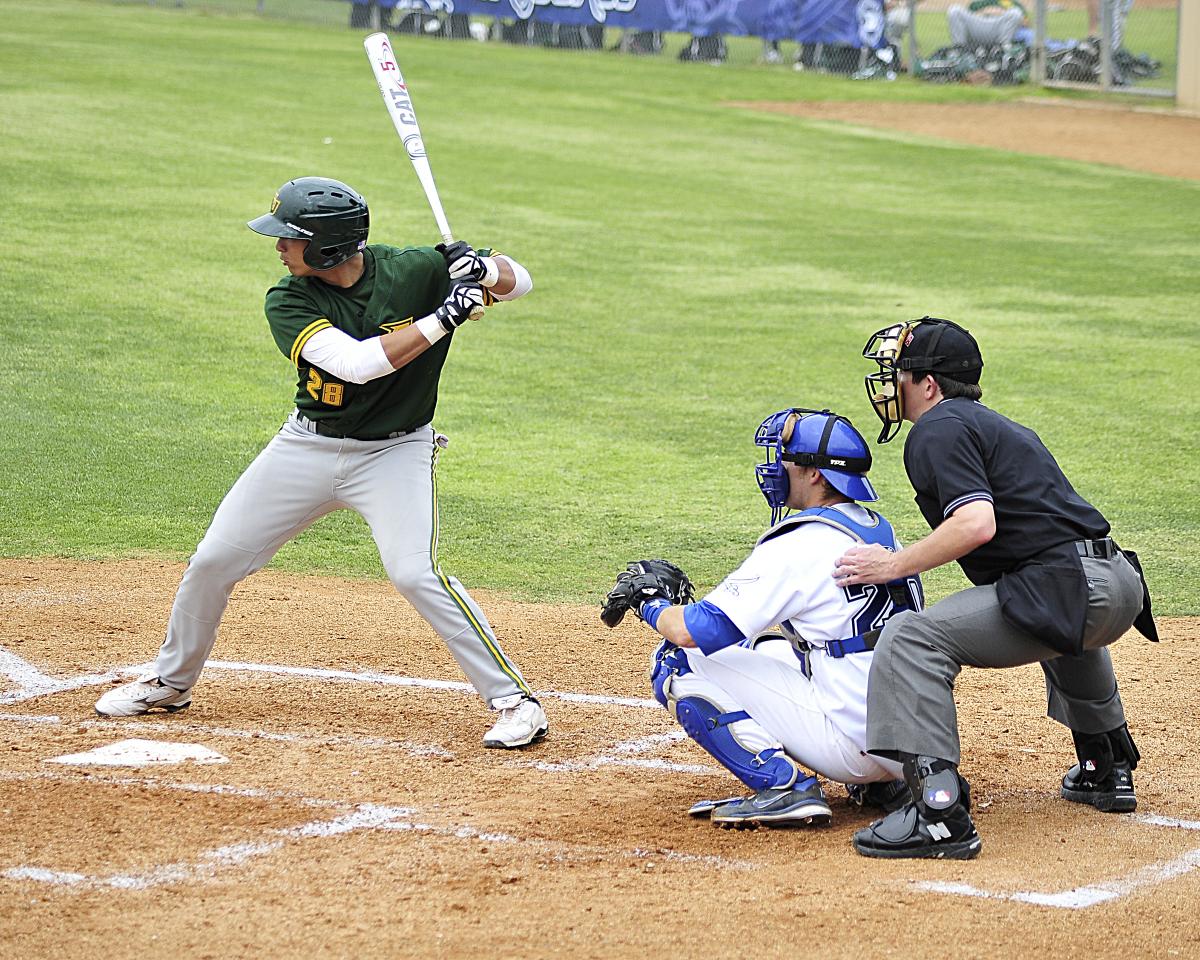 A player with a perfect swing may still not be able to hit if his approach is wrong, if he can’t adjust at the plate, or if his ability to focus and adapt isn’t developed.

Hitting Is About Reaction

The first thing we’ll discuss in this series is how we can add the element of reaction to batting practice.  The ability to react quickly is essential for a multitude of reasons.  First of all, the hitter rarely knows what the next pitch is, and he knows even less about where the pitch will be.  Most pitchers at amateur levels don’t even know exactly where the pitch is going.

If there are this many things that require reaction when a hitter is hunting a certain pitch in a certain spot, imagine the reactionary skill needed to fend off good pitches in every count.

Reaction at the plate doesn’t always mean the hitter was beaten.  It also doesn’t mean he was standing at the plate with no plan, only intending to react to what he saw.  A reaction in this context can be as simple as starting the swing process as if the pitch will be thigh high, and quickly adjusting during the motion of the swing to hit a pitch that’s lower than that.

A hitter’s leg lift, counter rotation, in fact all of the first timing mechanisms, will all happen before the hitter has seen the pitch.  So it’s probably correct to say that a ‘reaction’ happens on every swing.  The body begins, and then it reacts.  More specifically then, we are looking to train late reaction.  A hitter must be able to see the pitch and react to what it is and where it’s going.

The most important message of this article is that every coach should add a couple drills each week in batting practice that require late reaction by the hitter.  Here are a couple examples of hitting drills that will create a more intense batting practice and develop your hitter’s ability to react/adjust later in the swing process.

We highly recommend colored baseballs for a lot of reasons, creating a more intense batting practice is certainly one of the best.

An example of this would be red means “take”, and white means swing away.  So the hitter loads up on the pitcher’s movements and then sees a red ball released, he takes the pitch.  Next pitch is a white ball so he crushes it.  This drills increases vision, focus, intensity, accountability, and reaction.

Beyond the two drills above, there are more obvious and simple ways to add reaction skills and create a more intense batting practice.  In fact it should have occurred to you by now that simply taking BP and hitting different pitches in different locations is good practice for reaction.

However if we separate that physical reaction practice from the mental reaction training that we’re talking about in this article, we can see that the mental side of things can be amped up in many ways.  If we create a more intense batting practice and require late reaction from the brain, we add a benefit to regular BP which may be lacking in most programs.

The harder the brain works to make adjustments in practice, the easier and smoother it is for the players in games.  Every bit of science has shown that the brain and body must work together to adjust to pitches.  This type of training strengthens the connection between the nervous system and the actual act of reacting, and makes the brain more “alert” to the fact that late reaction may be required.

In this effort, the coach can always call an audible.  The pitch is thrown and coach gives a late “take” command for example.  If the hitter thinks you might do that, it adds a dimension of mental focus and reaction to every rep.  Now every pitch that’s thrown he’s listening for the command, and his mental reps have been elevated.

These are just a few ways to increase mental reaction training in batting practice.  The important thing is for coaches to understand that late and quick mental reactions are crucial skills for a hitter, and need to be worked on in practice.

Even if it’s one or two stations just once or twice a week during batting practice, it will add a dimension of training that most amateur organizations aren’t doing and give your players an edge.

HOW TO USE THE MOTUS SLEEVE

We have been using the motusBASEBALL Sensor to great success over…

First Base Tasks and Tips

The defensive skills of the first baseman are often taken for…

How to Choose the Right Baseball Coach For You

If either you or your child is looking for a baseball…